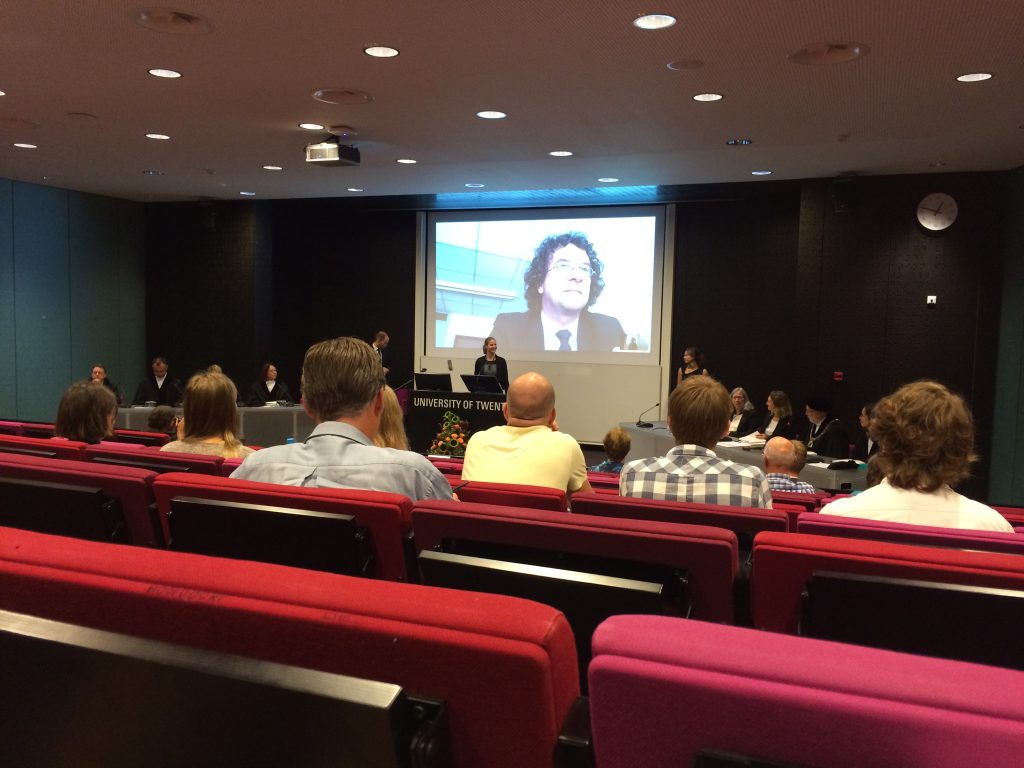 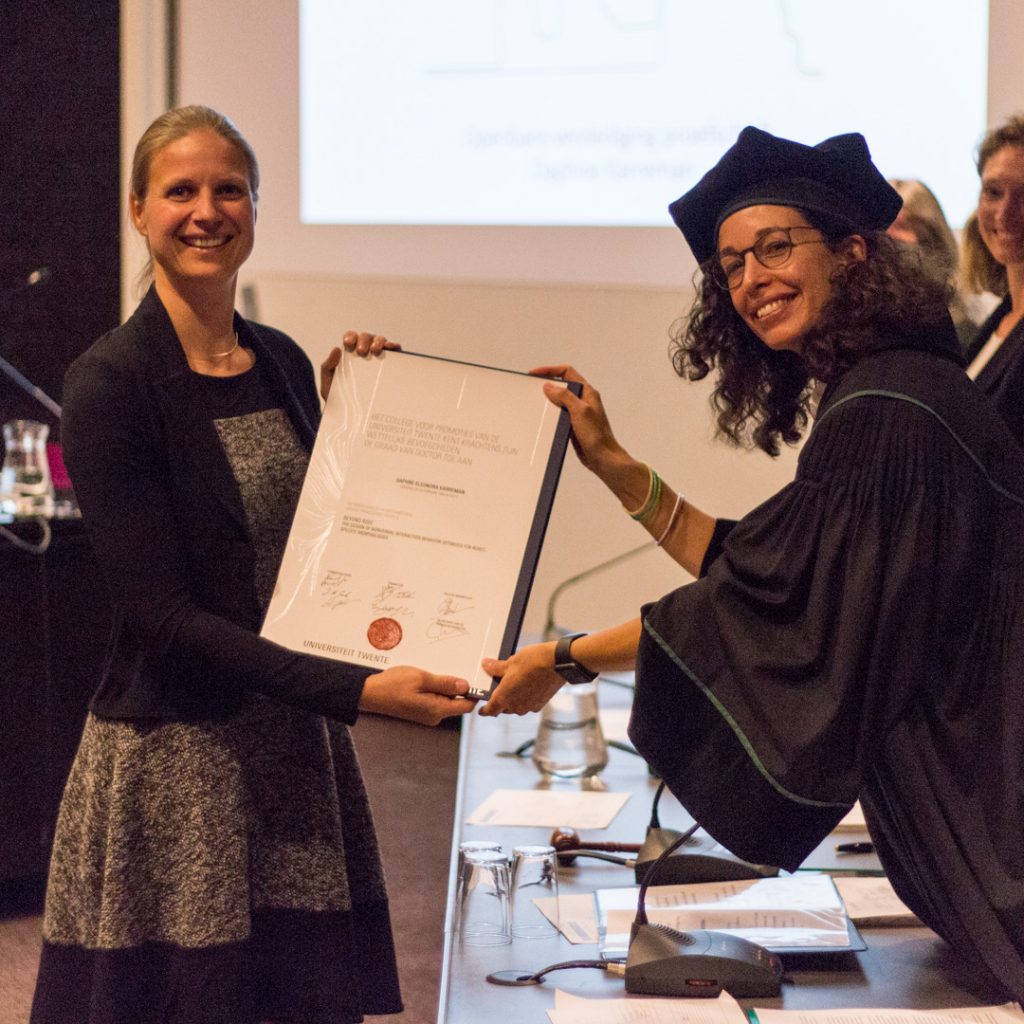 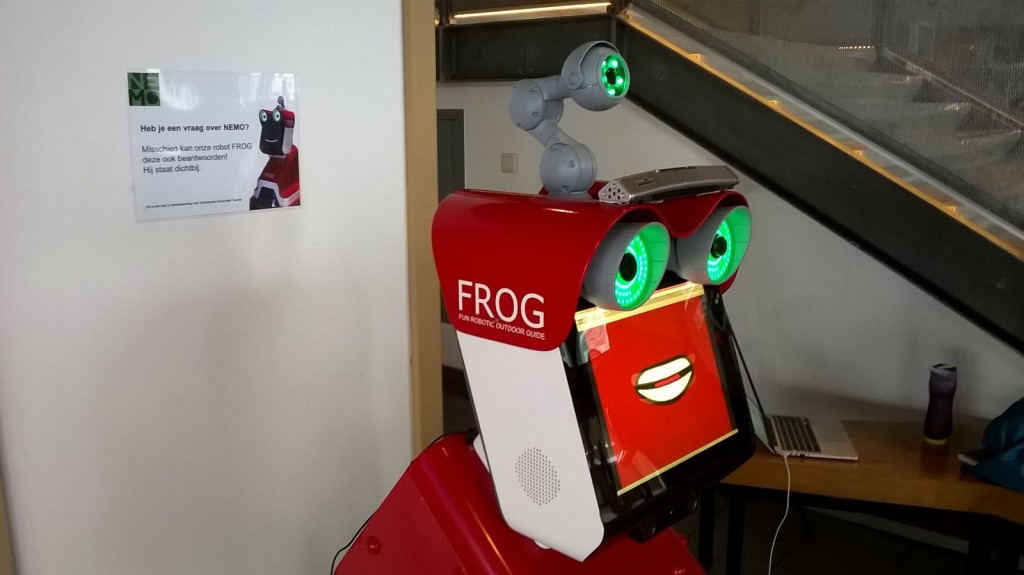 In June 2016, students from the UT took the Campus robot to the NEMO Science Museum in Amsterdam. They were using the red FROG as a robot platform to demonstrate their project work, part of the R3D3, the Rolling Receptionist Robot with Double Dutch Discourse project.

For the project, an array microphone was temporarily fitted to the red FROG so that it could pick up questions asked by visitors to the museum. Due to the high noise levels they encountered the, otherwise successful, project used a Wizard-of-Oz set-up to answer questions. The results of the project will help in the further development of the R3D3 receptionist robot. 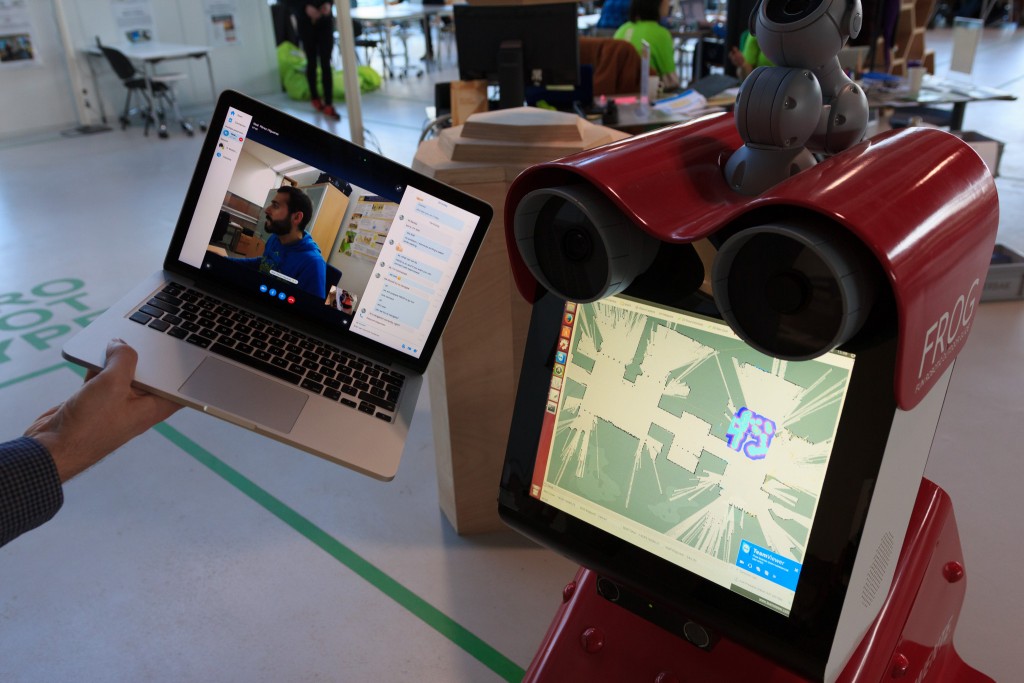 The guys got together again!

Although they are now all working on different projects, Randy and Jan  keep in  touch with Noé via Skype and Facebook and, sometimes, after office hours they still find time to work together on one of their favourite FROG robots. 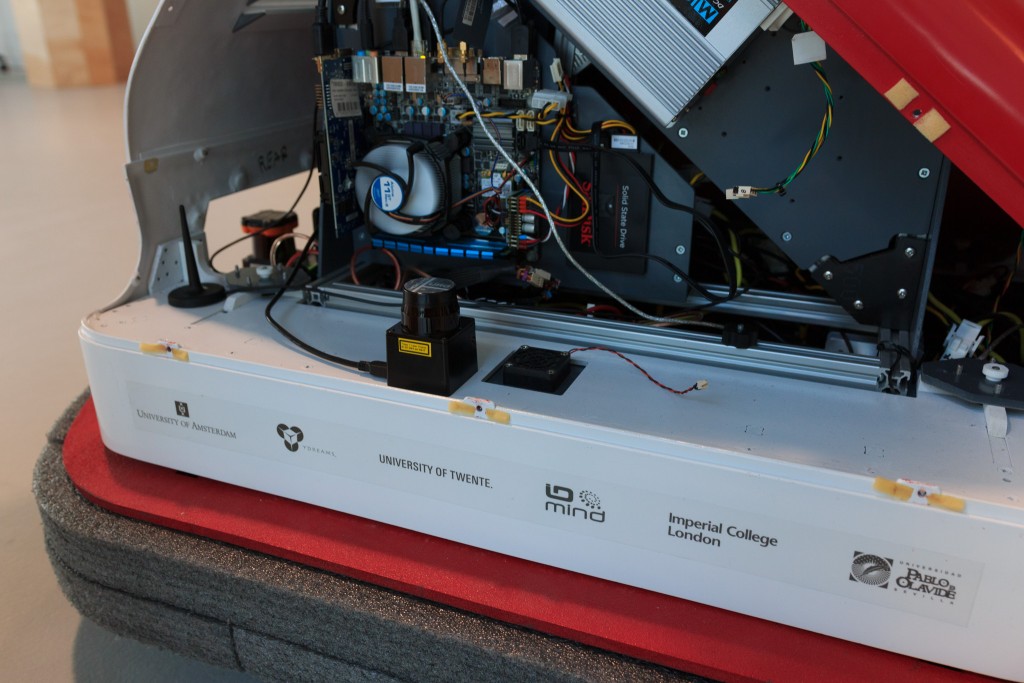 Recently Jan and Randy fitted 2 extra lasers to cover some blind spots at the sides to FROG – this meant they had to make holes in the shell (shhh ….. nobody tell Paulo!). 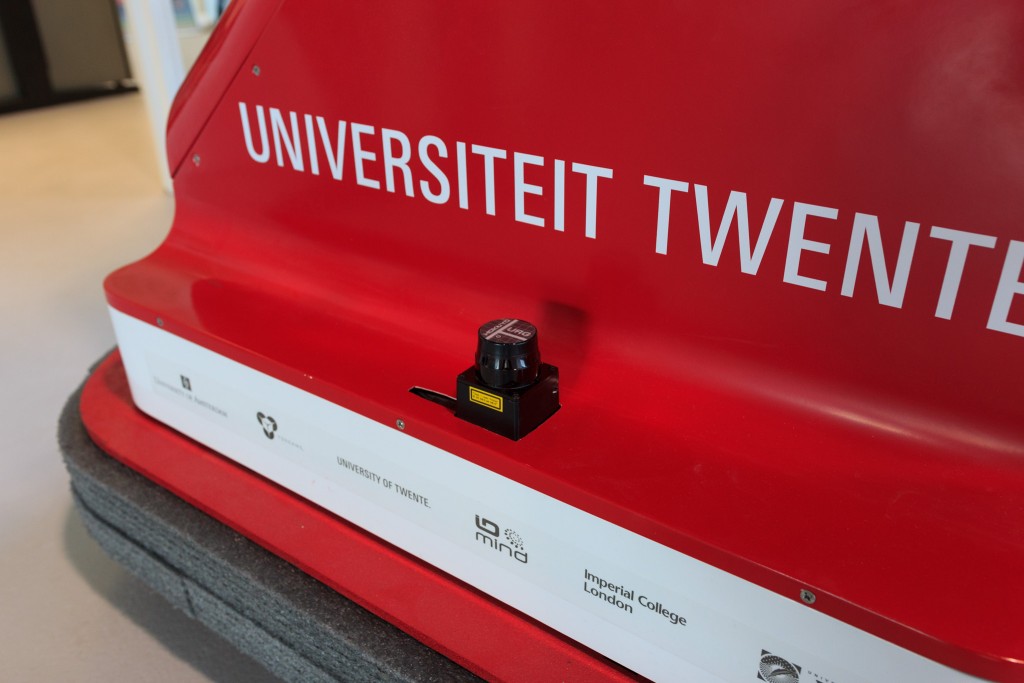 The extra lasers allow protoFROG (aka the Campus Robot) to navigate better through spaces and some corners inside its new seasonal home, the DesignLab.

There, HMI Masters‘ students are using FROG as a platform for researching receptionist robots as part of the R3D3 project (part of the Dutch national COMMIT program).

One small FROG in a wide public space … 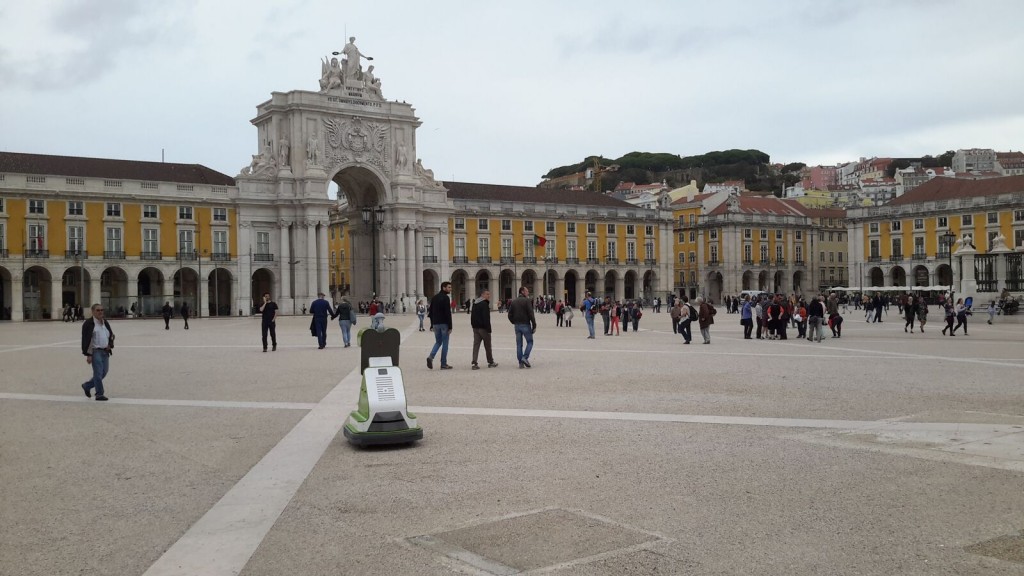 There was something important happening there … 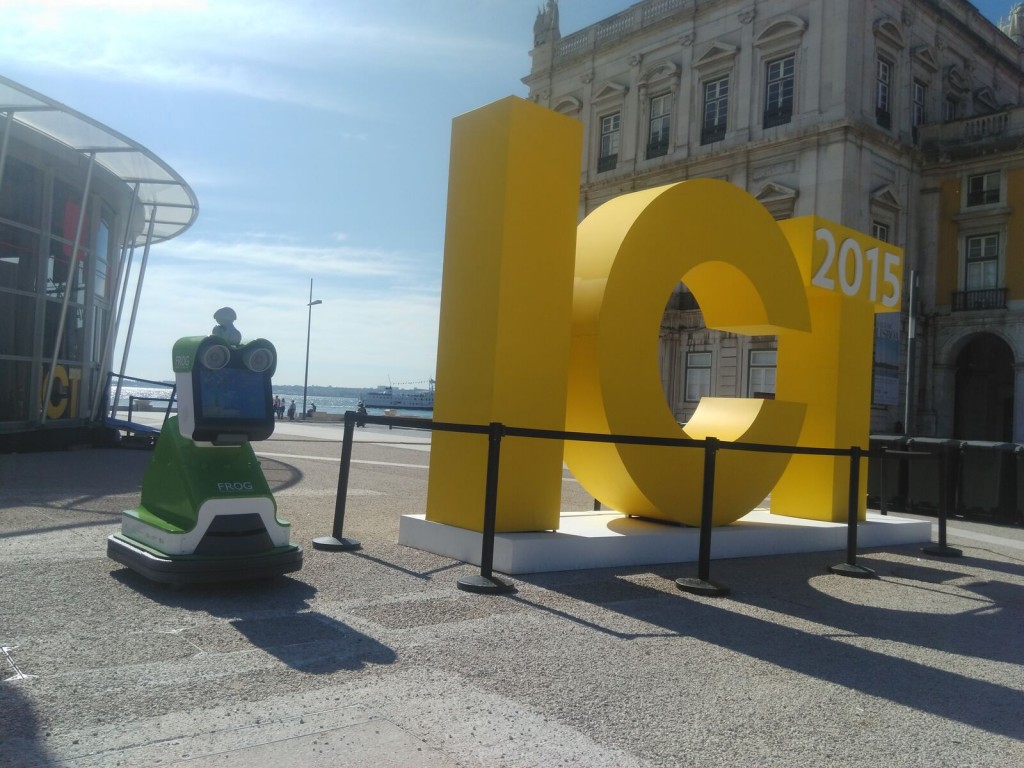 Lots of important people and lots of attention … 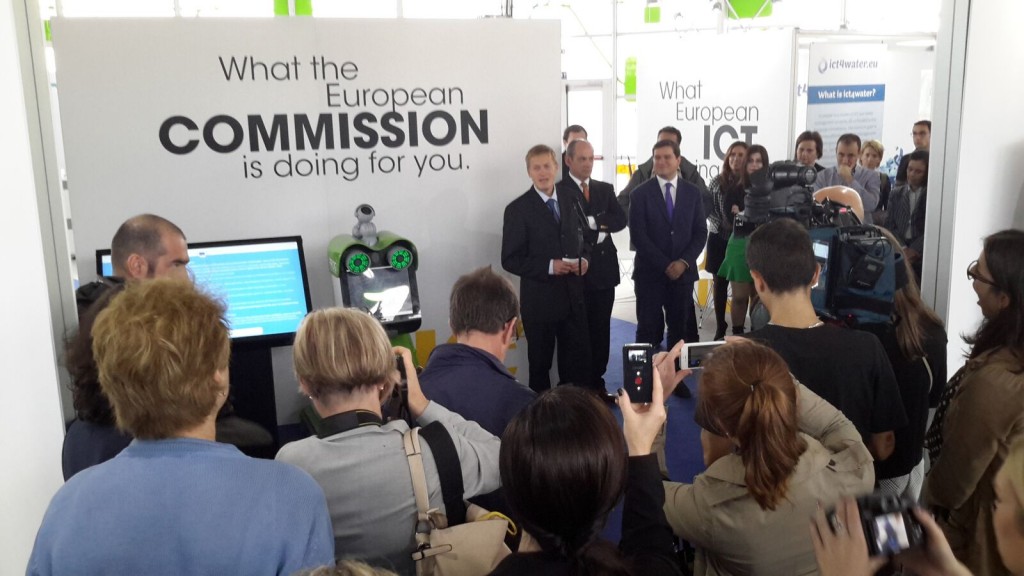 There were visitors to guide and give information to … 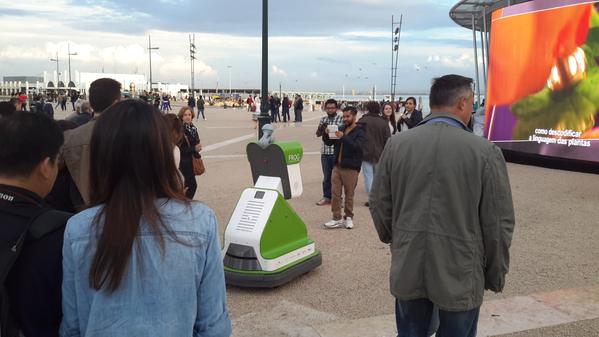 But luckily there was a friend close by as well! 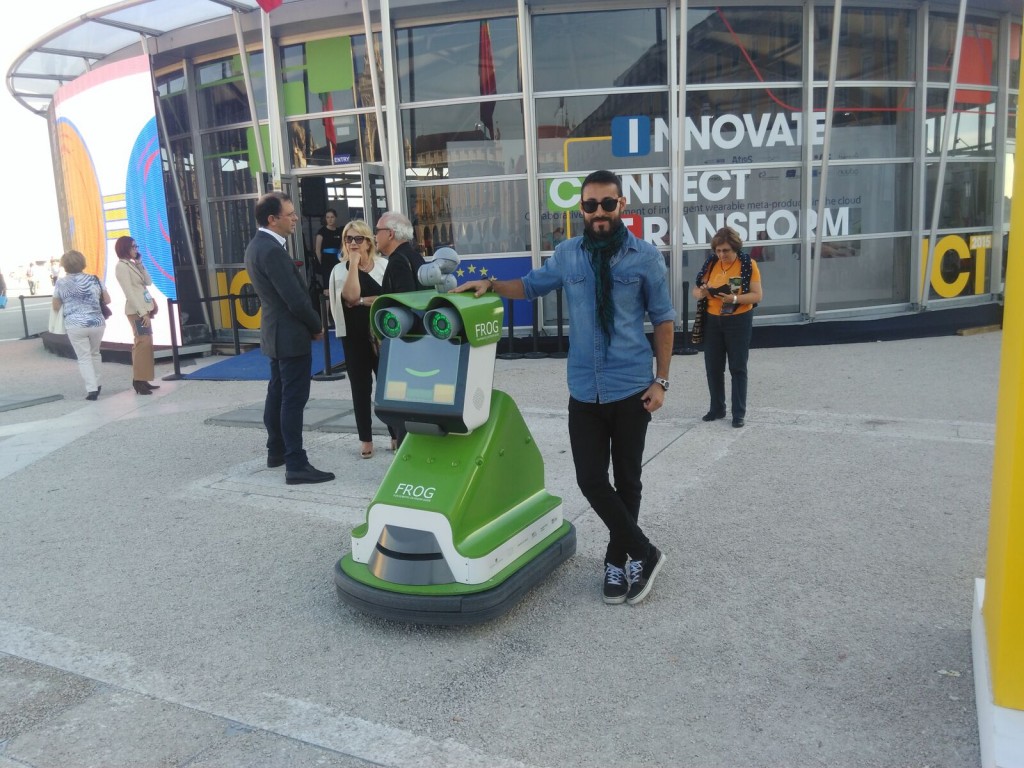 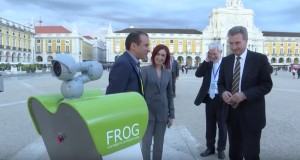 Paulo Alvito and FROG were ready to welcome EU Commissioner Oettinger to the opening of ICT 2015 in Lisbon. 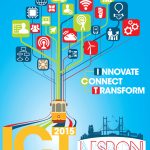 FROG has been invited to the off-site exhibition of ICT 2015. This is in the beautiful  Praça do Comércio, Lisbon and is fully open to the general public until 22 October 2015. 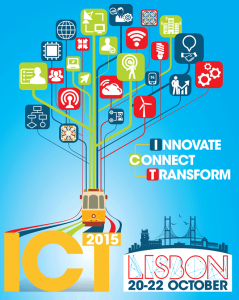 Spot the FROG: you can find several photos here! 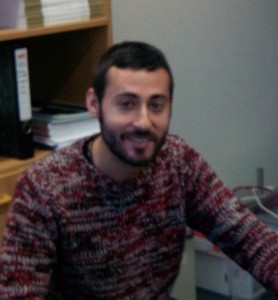 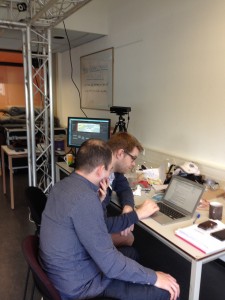 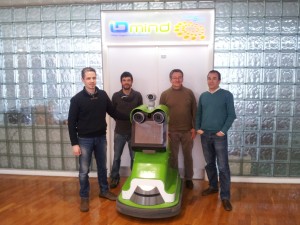 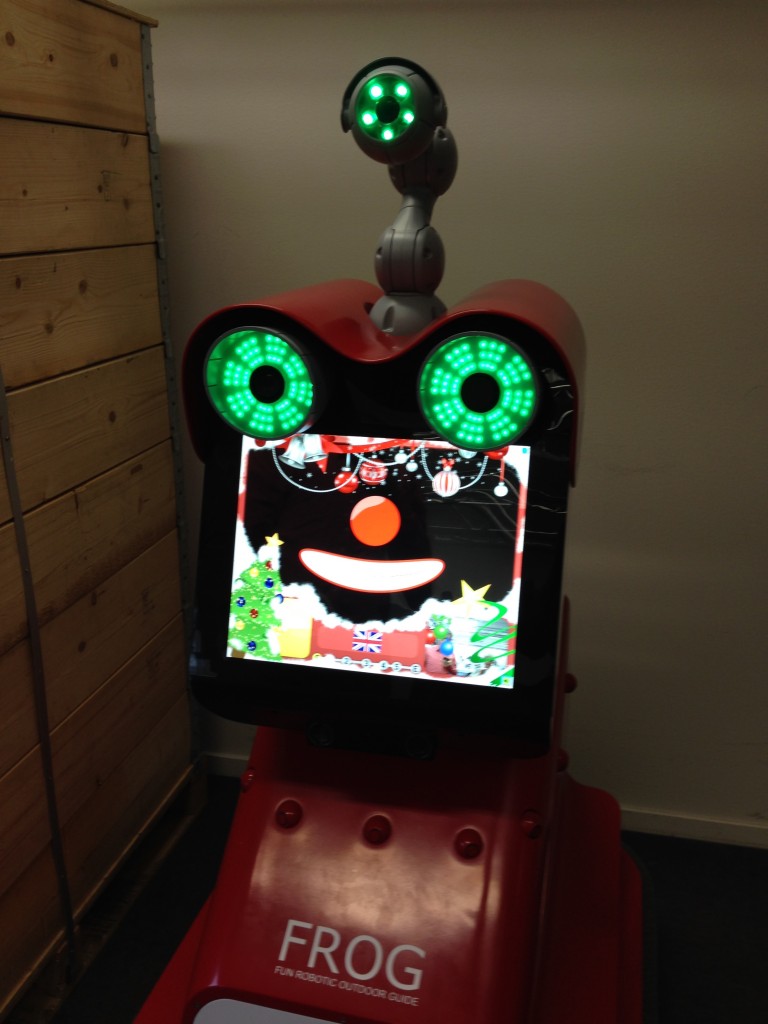 Back in November, Sevillians were preparing for Christmas. Around the cathedral stalls were selling all sorts of miniatures for Nativity scenes.

On the 20 November 2014, the FROG project held its Final Review. FROG is leaving the Royal Alcázar for now but hopes to be invited back. The robot will stay in Seville till the end of 2014.

UPO has been invited to present FROG at FITUR, the International Tourism Trade Fair, at the end of January 2015.

After that the robot will go to Lisbon to prepare for a presentation and demonstration tour during the European Zoo Educators (EZE) Conference from the European Association of Zoos and Aquaria (EAZA), hosted by the Lisbon Zoo in March 2015.

After finalising the reports, next week, the FROG Consortium as such will end its being. We will continue to post news, about the green FROG and the red FROG, here.

The researchers will continue their work in other projects, for instance, FROG partners are already involved in TERESA, SQUIRREL, EASEL, MOnarCH and others.

But for now: So long, everyone! And special thanks to Luis, Rafael and Paulo for introducing us to some of the best little restaurants in Seville and Lisbon – the fish was especially good!

So long for now 🙂

You prepare and refine and … before you know it it’s all over…. 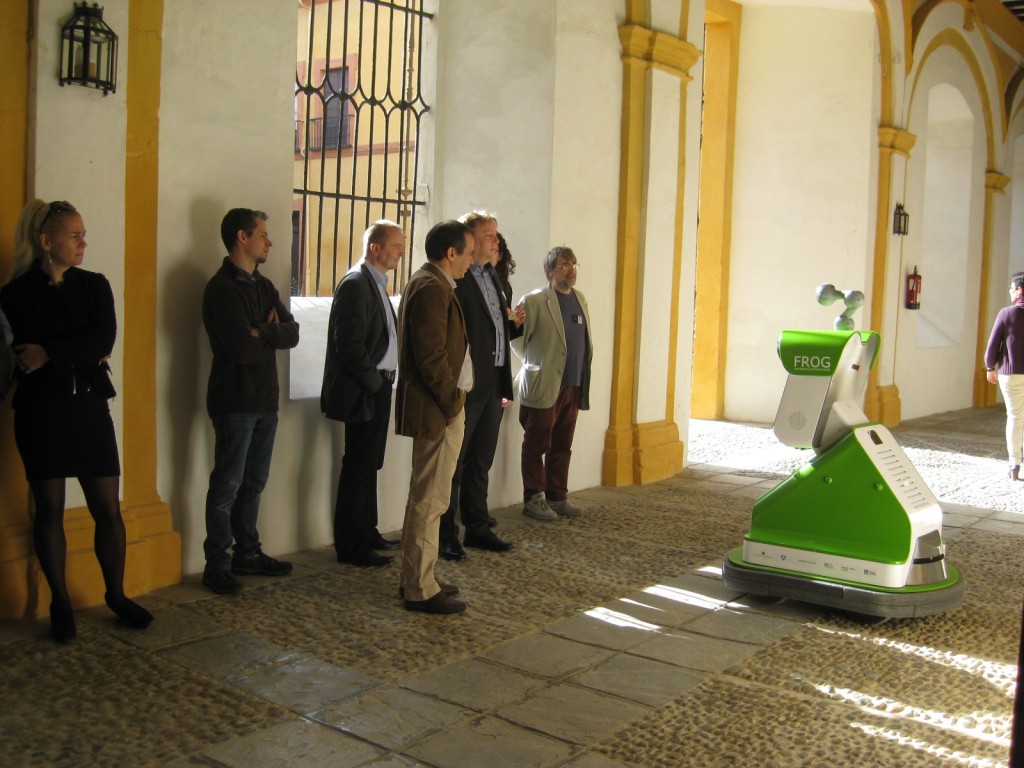 The end of the project – now on with the exploitation!