IDMind’s main output for FROG is a beautiful big green robot and the documentation to go with it.

We arrived at the Alcázar this morning to find that our lab in the Tennis Court had been taken over by a film crew – the film crew of the TV series Violetta, no less! This was not exactly according to plan but as always the Royal Alcázar came up with a quick solution – a temporary lab for us until after filming.

Yet another beautiful room…

Violetta has a large crew and, it would seem, a larger group of uniformed security guys with walkie-talkies. Unfortunately they wouldn’t let us take any photo’s while they were filming so we’ll just have to watch the series to see them in our lab. But, here’s one of the security chaps with a mobile as well as a walkie-talkie. 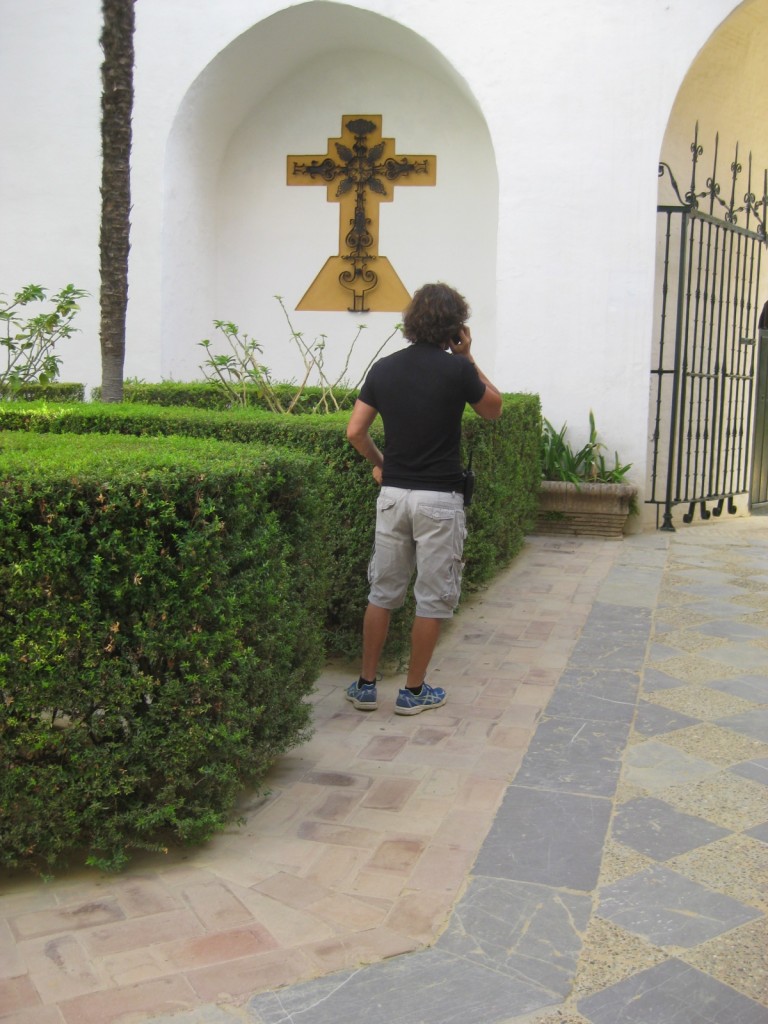 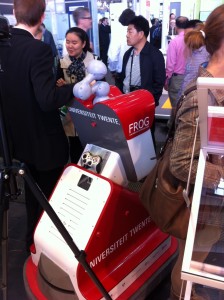 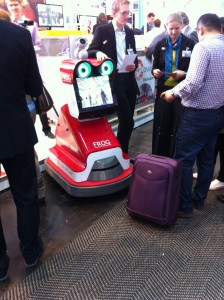 Here we can see Paulo Alvito, an important member of the FROG consortium, reflected in the touchscreen of the proto-FROG. This was taken in March 2014 – IDMind had just completed the configuration of the UT Campus robot ready for the Hannover Messe. 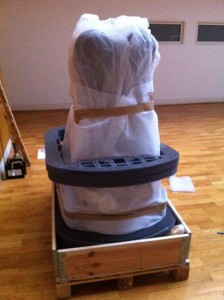 FROG is on its way to Seville for the next Integration meeting at the Real Alcázar.  The UPO team will make a final map of the Real Alcázar route in preparation for the arrival of the other partners on 24 February 2014. 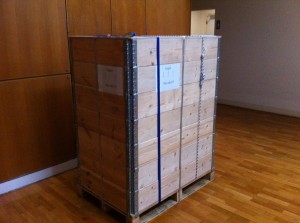